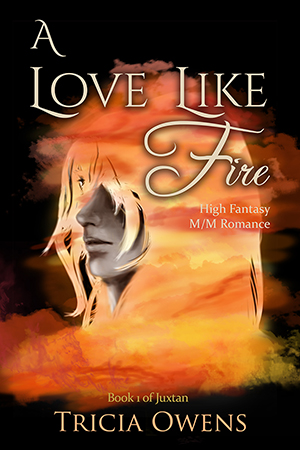 When the mercenary Caledon meets a young man named Hadrian, he falls instantly, hopelessly in love with him. Black-haired and silver-eyed, Hadrian is unlike any man Caledon has seen before. His uncertain responses to Caledon’s advances only make the mercenary more determined to pursue and win him. But Hadrian is a mystery and harbors untold secrets. He hails from an island inhabited by sorcerers and has come to Caledon’s city to recruit the mercenaries for a well-paying job offered by his father. Except the job is a lie. Hadrian is far more dangerous than his disposition suggests, and what he wants with Caledon and the mercenaries of Rhiad will forever change the land and set in motion a prophecy that will bind two men together in love, lust, and hatred…until death. Previously titled The Sorcerer’s Betrayal. Extensively re-edited and new scenes added. 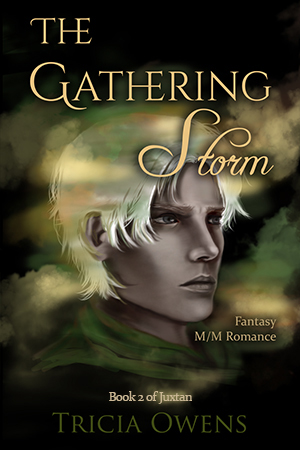 After betraying the only man he ever loved, Hadrian ni Leyanon waits for death amidst the ruins of a sorcerous battle. Before that can happen he is recruited by the Council of Elders which governs the use of magick in Juxtan. The Council needs him to track down his evil sorcerer father and force him to face a justice they aren’t powerful enough to inflict on their own. Wracked with guilt, Hadrian agrees to join the mage-led mission in the hopes it will allow him to redeem himself. But when Caled, the handsome mercenary whom Hadrian betrayed, insists on joining the mission too, Hadrian discovers that redemption needs to come from the man who hates him most. 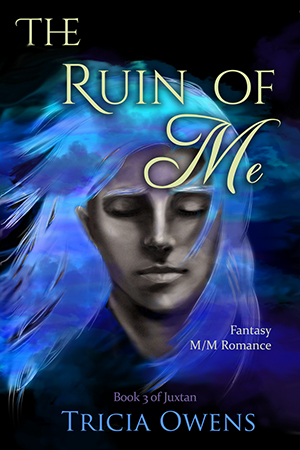 Hadrian ni Leyanon, though a member of a mission to bring his sorcerous father to justice, possesses no friends in the land of Juxtan. With a bounty on his head sure to attract every mercenary in the land, he already deals with the most dangerous: his former lover Caled. Hadrian can present no defense against the cocky, confident mercenary, but he isn’t so certain that he wants one.

Hadrian is the bane of Caled’s existence. He is a silver-eyed peddler of lies. Magickally bound to him, Caled is unable to kill him, but he is determined to make the sorcerer suffer. Unfortunately, the longer Caled spends in his company, the more he learns of Hadrian’s cruel past and how it shaped him into the man Caled fell in love with.

As the two men and their fellows pursue Hadrian’s father along the coast, Caled and Hadrian must confront the emotions that should no longer exist between them. They are enemies. They are supposed to hate each other. Yet in the shadowy abode of a society of the insane, they must rely on each other to survive. 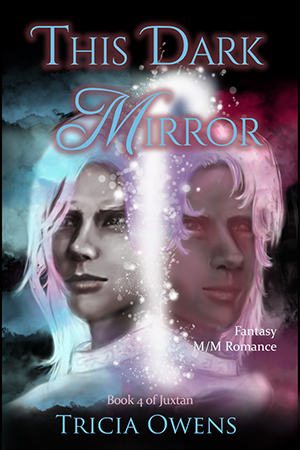 The mystery of Hadrian ni Agthon unsettles Caled to his core. He fears he will never learn the truth about the young sorcerer’s reasons for betraying him. Though there are hints that Hadrian was a victim of his father, Hadrian himself suggests that every step he took was taken deliberately. When their group is contacted by a sorcerer who not only knows Hadrian but claims to be his friend, Caled is hopeful for a chance to finally separate fact from fiction. Instead, he’s served a greater mystery: Hadrian appears to hate this supposed friend. Caled needs to learn more, but he worries that his quest for knowledge will come at the expense of their safety, for the road ahead looks to be riddled with traps not only physical, but emotional. 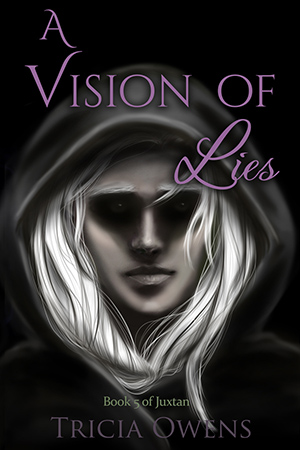 Distraught because of his behavior with Jessyd, Hadrian isolates himself to better control what he believes to be his dark nature. But a chance encounter with mysterious mages who make him an extraordinary offer gives Hadrian hope. Maybe the future doesn’t need to be the bleak horror he’s envisioned. Maybe it can be anything he wants it to be. Maybe. Or as Caled believes, maybe Hadrian is no longer seeing the truth. 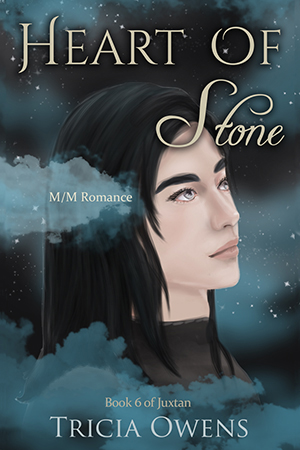 Hadrian and his friends may have survived the encounter with Theon, but they paid a heavy price in the end. They need time to heal, both physically and emotionally. Unexpectedly, while recuperating in a small mountain town, they encounter the most powerful man in the land, who surprises them by offering protection and much-needed medical aid. The timing is fortuitous, but what secrets does this mountain palace hold? Is it truly a refuge, or is it soon to become their stone prison?